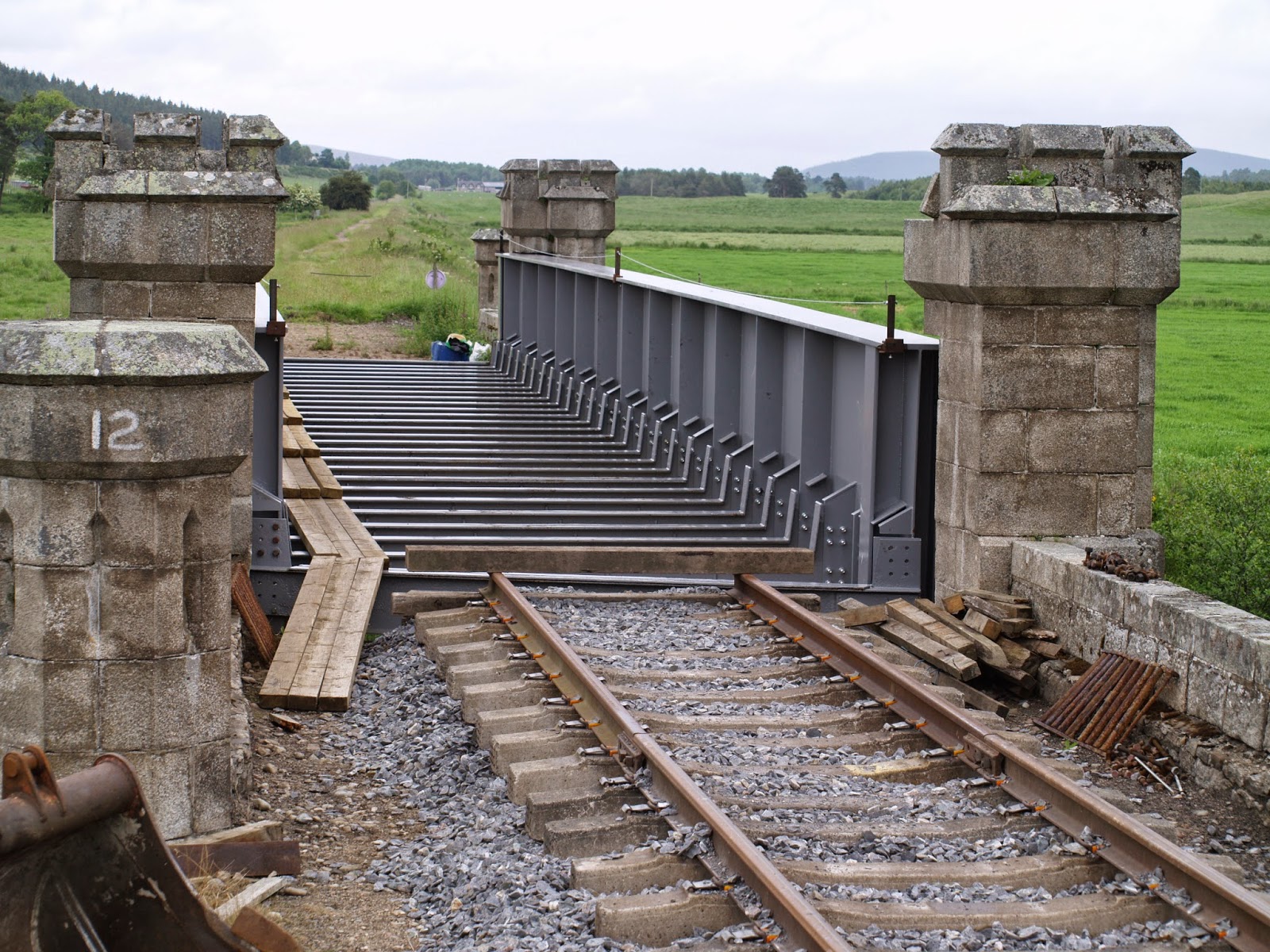 Following on from the previous Blog, temporary rails now removed from bridge 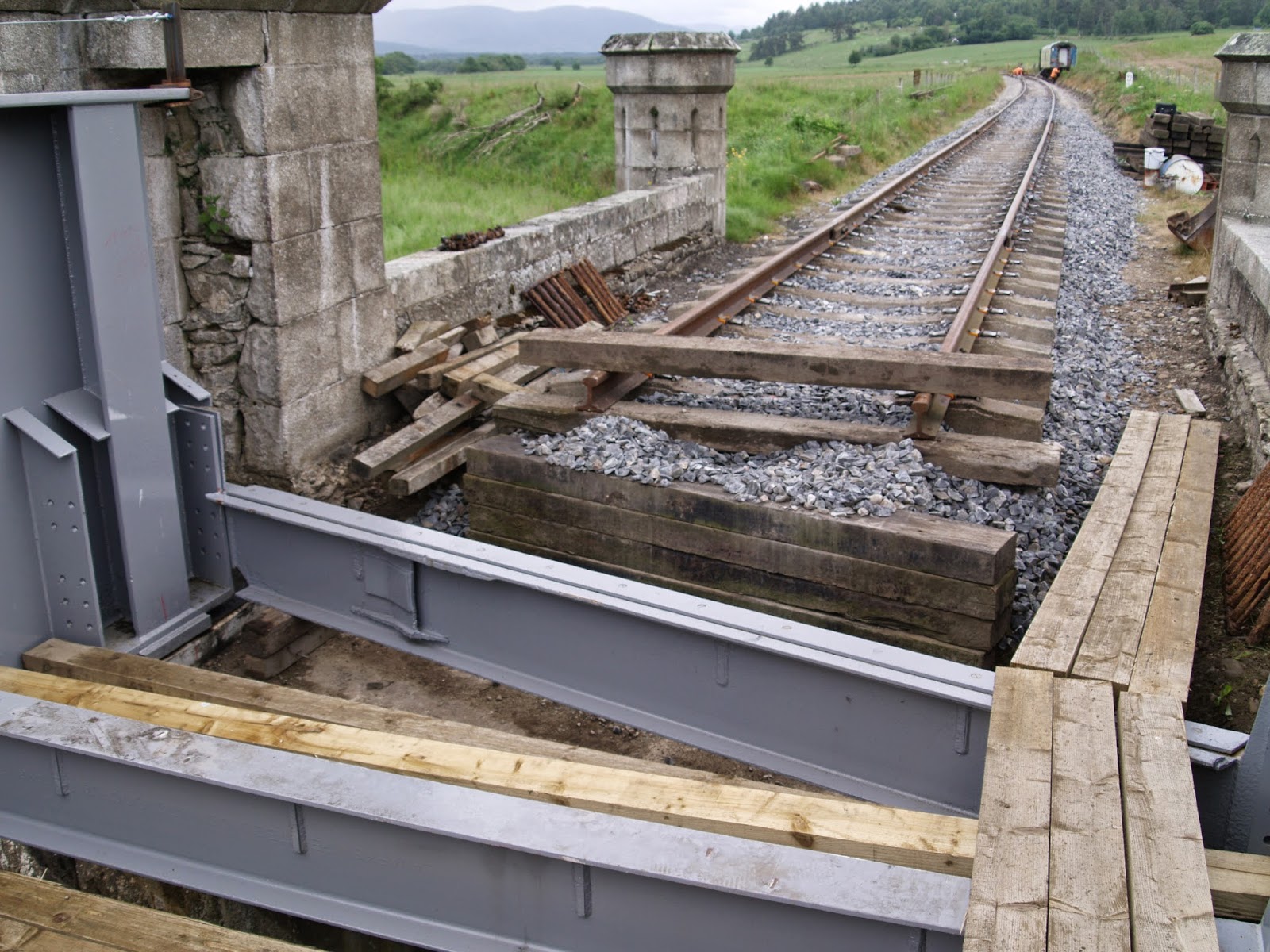 and steel has now been ordered to fill in the gaps either end of the bridge.
Saturday saw a small squad, so fishplate oiling continued from Boat of Garten and Lackgie Level Crossing has now been reached which is about the halfway mark. 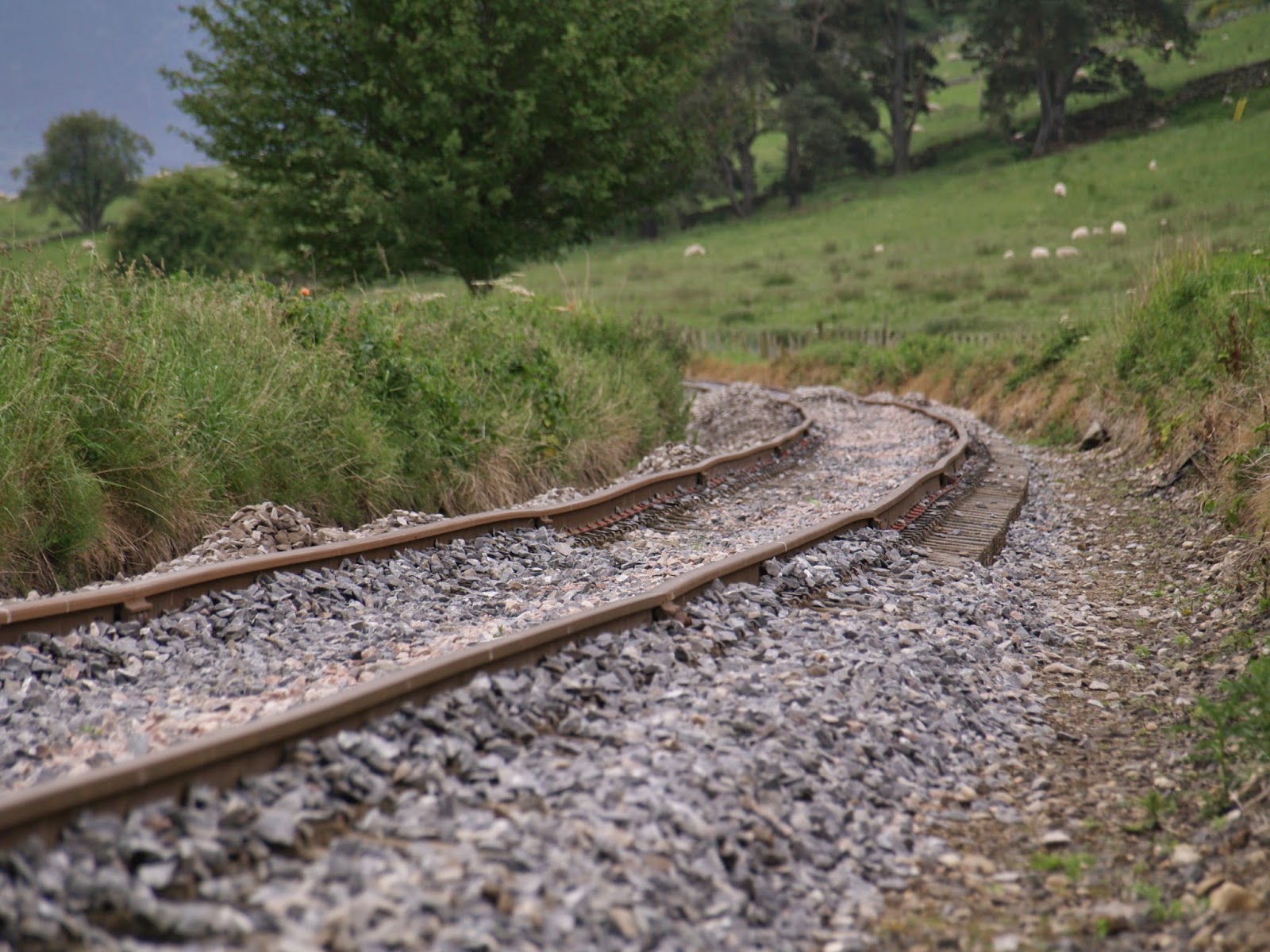 I think a further 290 tonnes of ballast was strategically dropped over the length of the extension using the modified Dogfish and Catfish Ballast wagons mentioned/photographed in Keith's Blog http://restoringcoachesataviemore.blogspot.co.uk/ and on the Sunday we used the Jacker Packer to pack it, unfortunately after a couple of lengths a bit of metal broke off one of the rail clamps making it inoperable. (hope to get it welded back on) 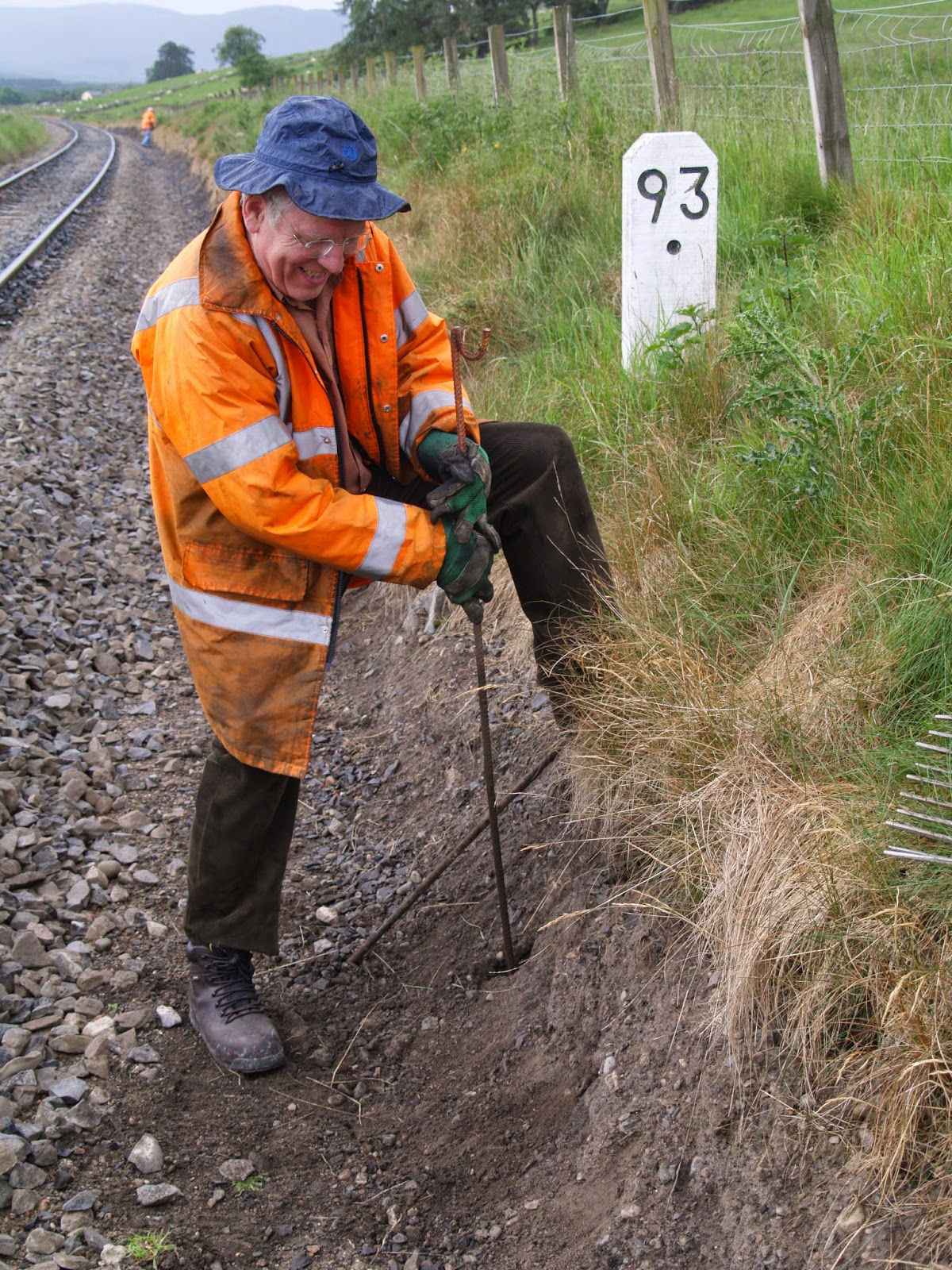 The afternoon was spent removing the metal surveying stakes, which was easier said than done! above Norman who has been a PWay stalwart since his student days does battle, hopefully they will be re used in the not too distant future on the other side of the River Dulnain.
﻿