Over the fence goings on at Aviemore - 11th November 2018 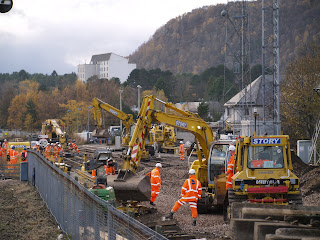 Busy times over the fence at Aviemore again today 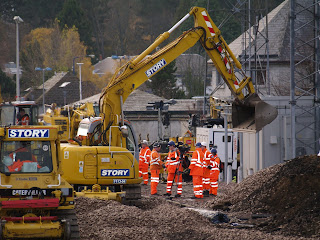 even attracted a Channel 4 film crew (blue helmets)﻿ who are making a year long documentary similar to the current Channel 5 Paddington one. 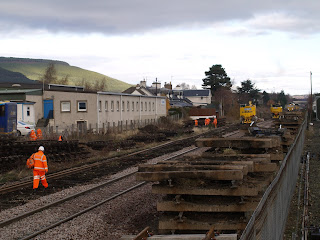 Engineers siding lifted on left, ballast train poised and when I zoomed in, 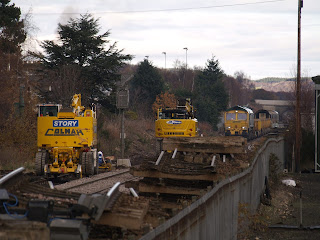 I noticed that the Signals & Telecommunications team (S&T) had moved their signal temporarily over to the "Down" side of the line as the new loop line would have gone through it - likely to be roughly where the scrap short panels of track are, which we hope to acquire sometime this week..... 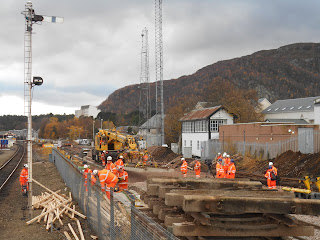 facilitated by one of our Association Members, some scrap packing timbers were thrown over the fence at our invitation and 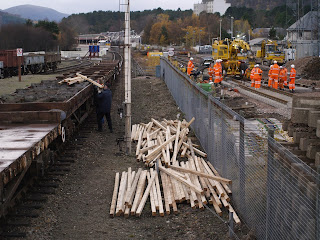 Georgie soon after assisted by Steve, got our train on site, to use them as packing for when we get the afore mentioned short track panels. 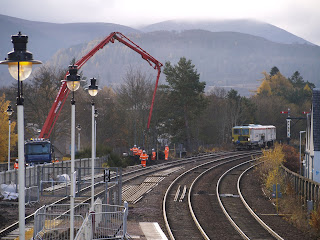 Just beyond our South boundary gates (left) looks like a concrete pore, presumably connected with S&T works (base of a new signal from our line maybe?), with a Switches & Crossings (S&C) Tamper -"Thomas Telford"  poised 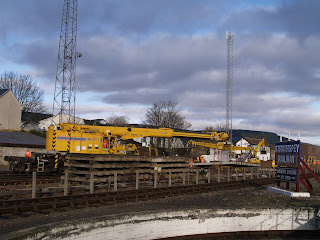 for action, once the panels are lifted in and ballasted 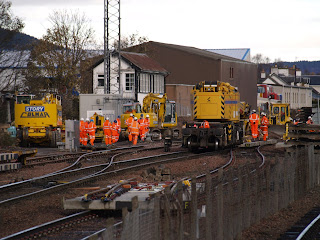 all paused at 11am for two minutes armistice silence (possibly due to Channel 4 maybe!) 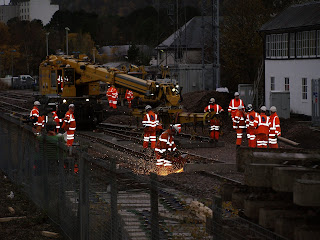