On Saturday the 15th the planned PWay was cancelled as it was the AGM of the Strathspey Railway Association, with a special DMU  trip up to the River Dulnain to view the work on the bridge, almost 50 members travelled with a good proportion getting off to have a look and Mike gave an explanation of what has been done and what is still to come. 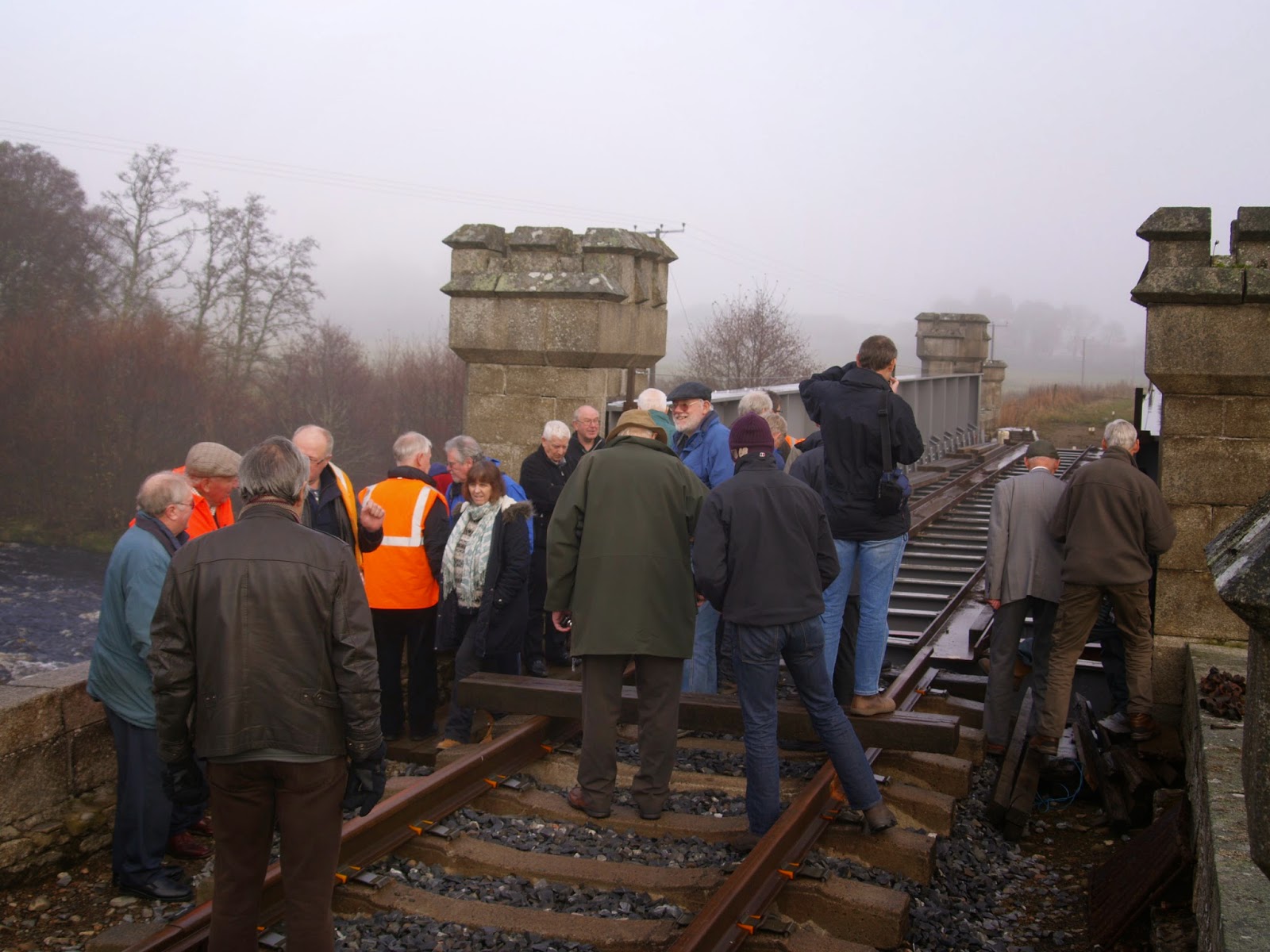 Meanwhile further up the line, Chris and Davie carried out a survey of the proposed additional extension up to the caravan park at Grantown. photos and explanations below courtesy of Chris. 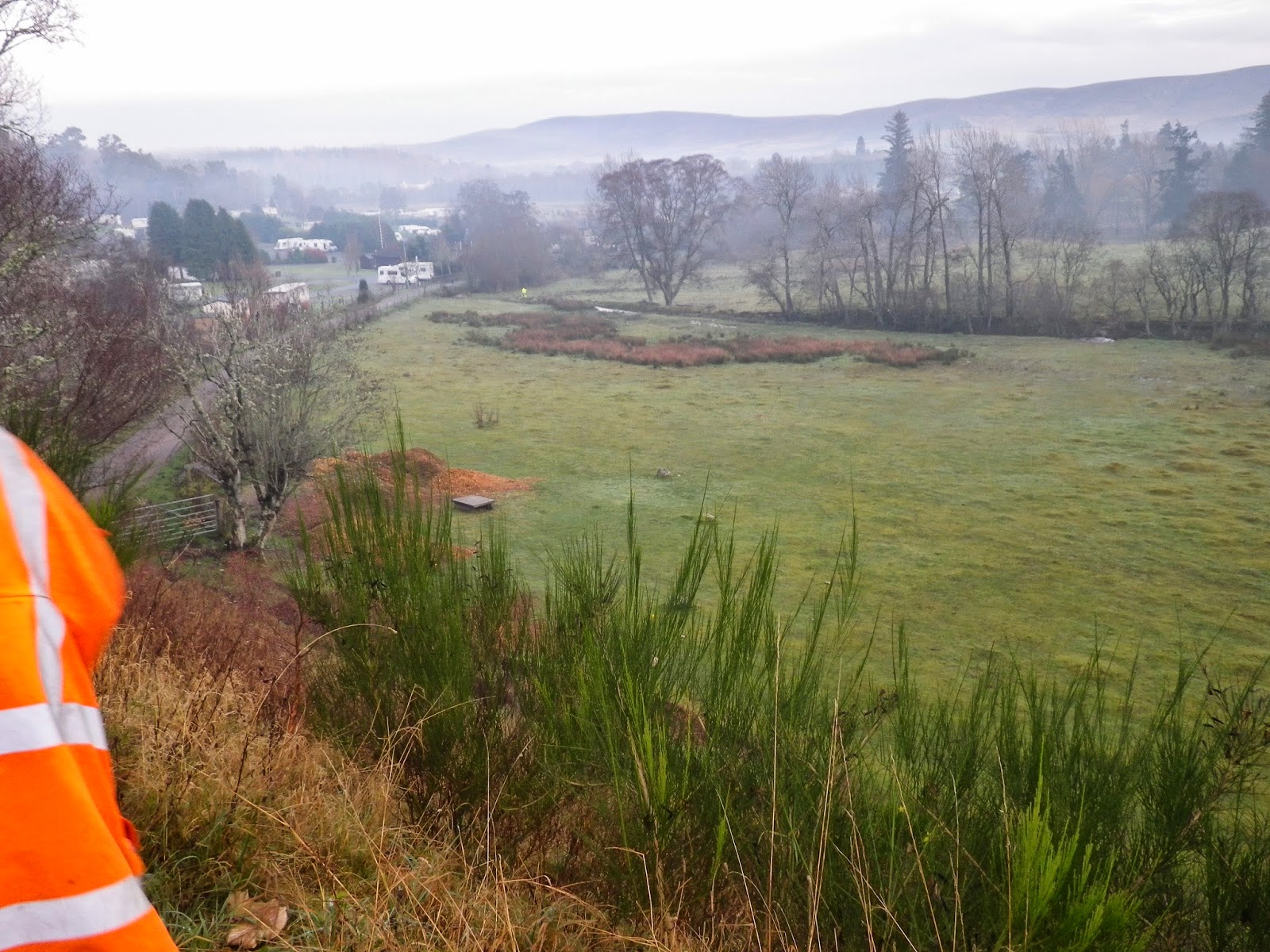 We were using a piece of kit called a Trimble VRS which uses GPS and Mobile internet to give co-ordinates and elevations. During the survey we picked up various locations such as the old solumn, fence-lines, top of cuttings/bottom of embankments, any structures and spot levels in the field. We came up against some issues with the GPS coverage, caused by the deep cutting and the dense tree coverage, this slowed us down but we completed it by Sunday lunchtime.
This survey will allow 2 previous surveys to be merged into one big survey. There was a survey carried out by Bear Scotland (circla 2008) for the Gaich tunnel works and a survey, by a company called PAL ( late 1990's), which was carried on behalf of the Highland Council in the area at the back of Mackellar's workshop down the Council Depot/Lorry park. The combined survey will now give an overview from the Gaich Tunnel site up to the Caravan park. 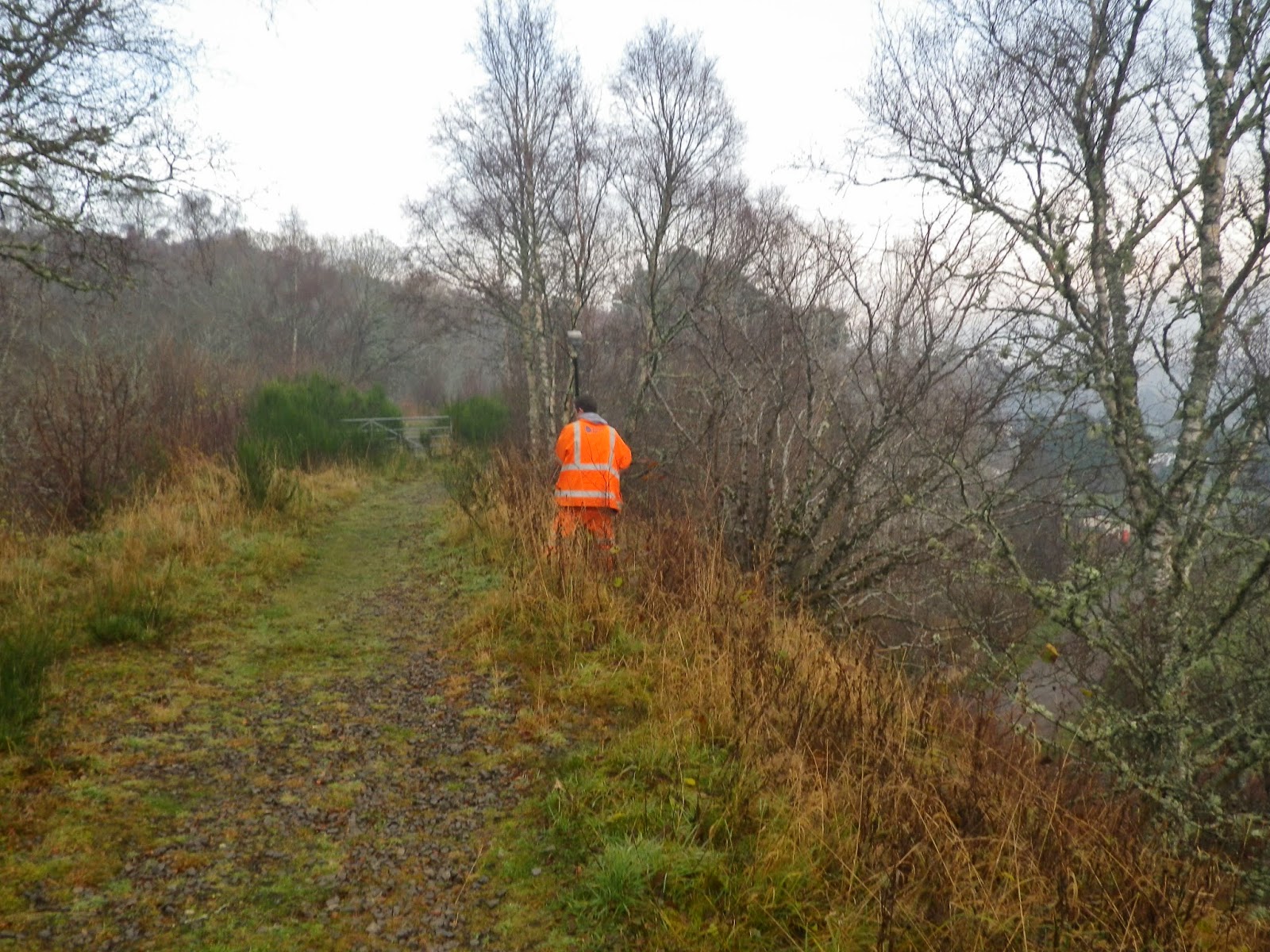 Sunday saw Georgie and Stuart assisted in the afternoon by Chris and Davie make a start on putting in the longitudinal timbers on the bridge. 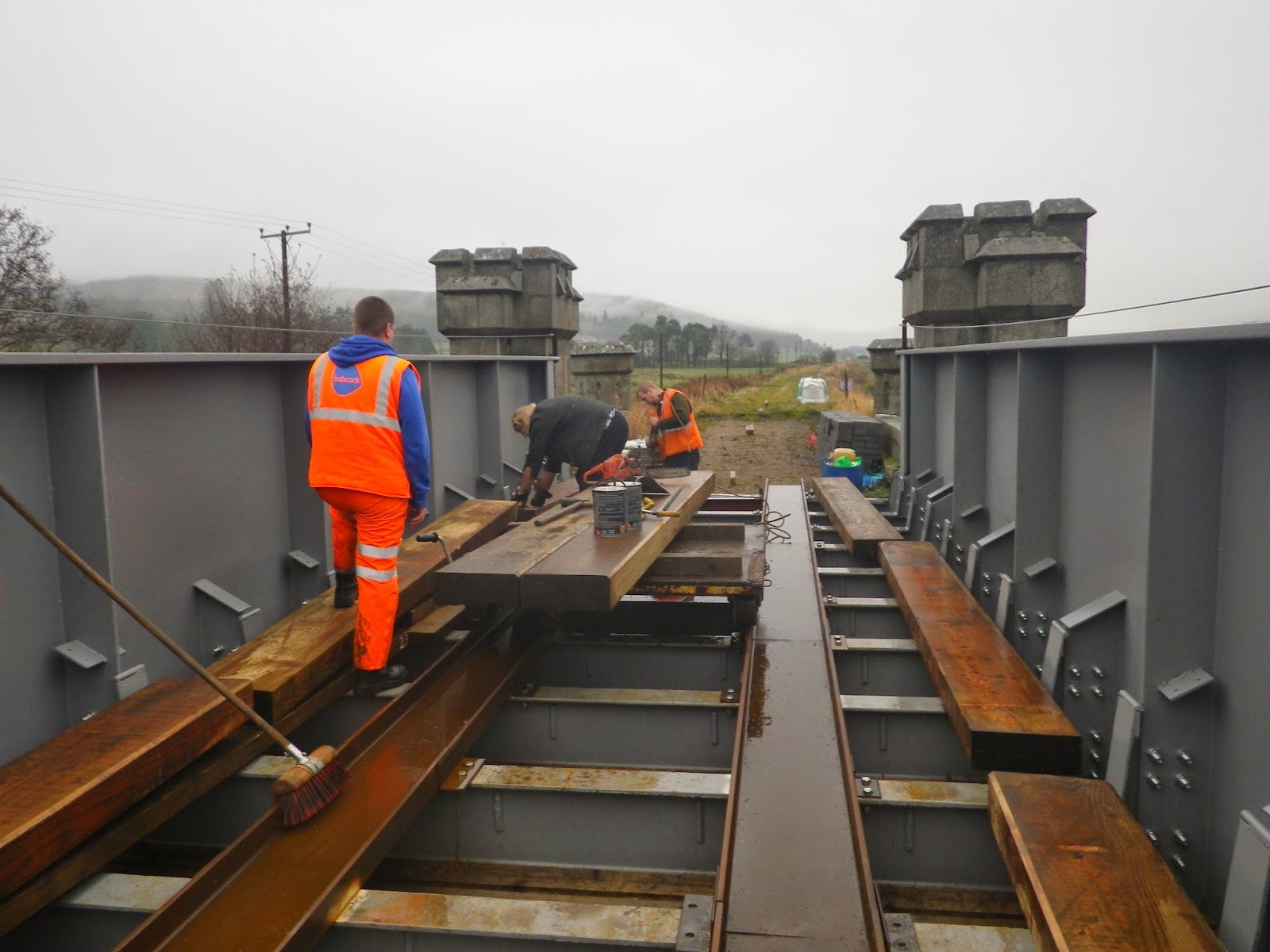 Trimming the timbers first for an exact fit. 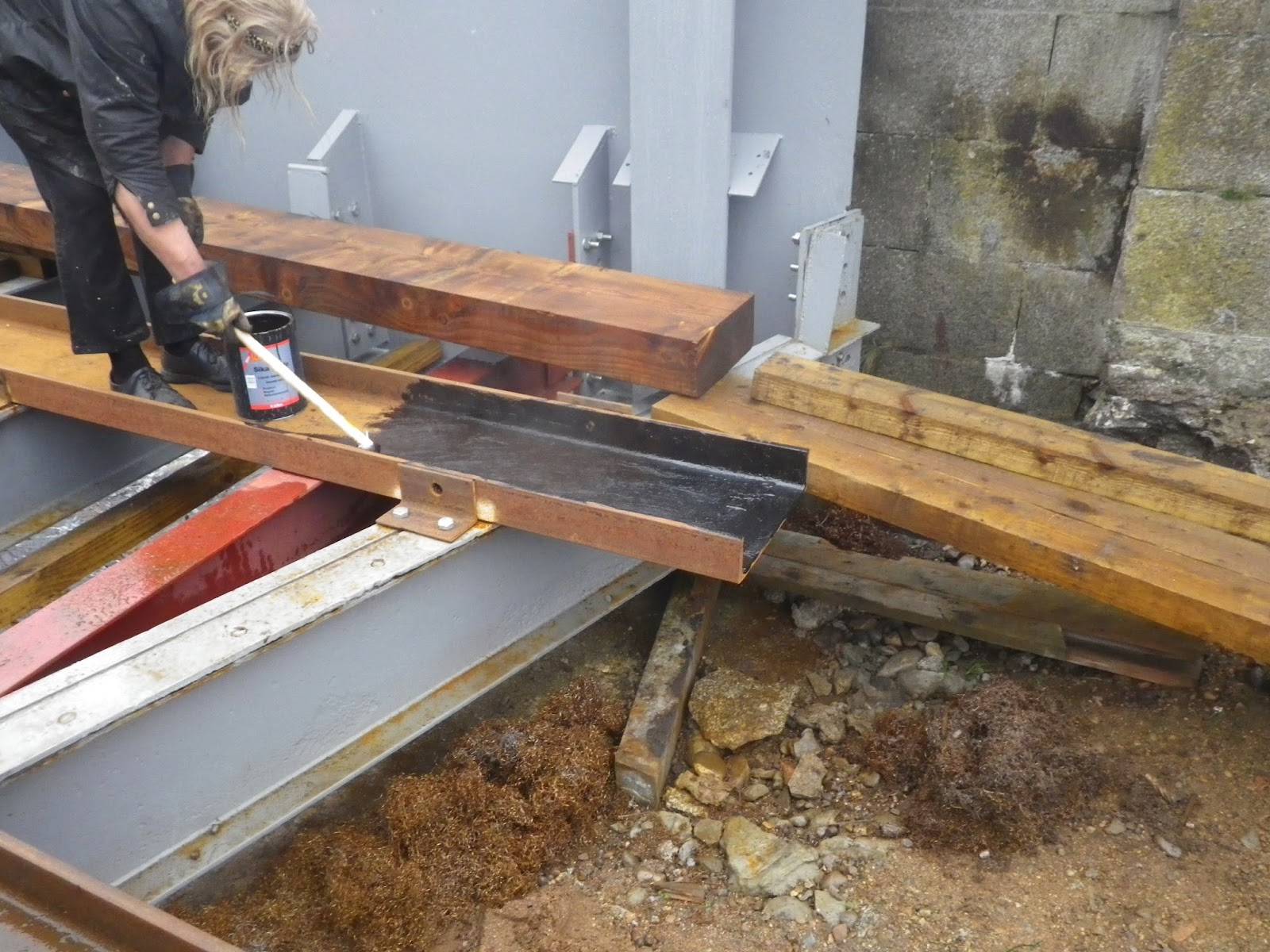 Applying bitumen, the steel needed a helping hand to get dry first! 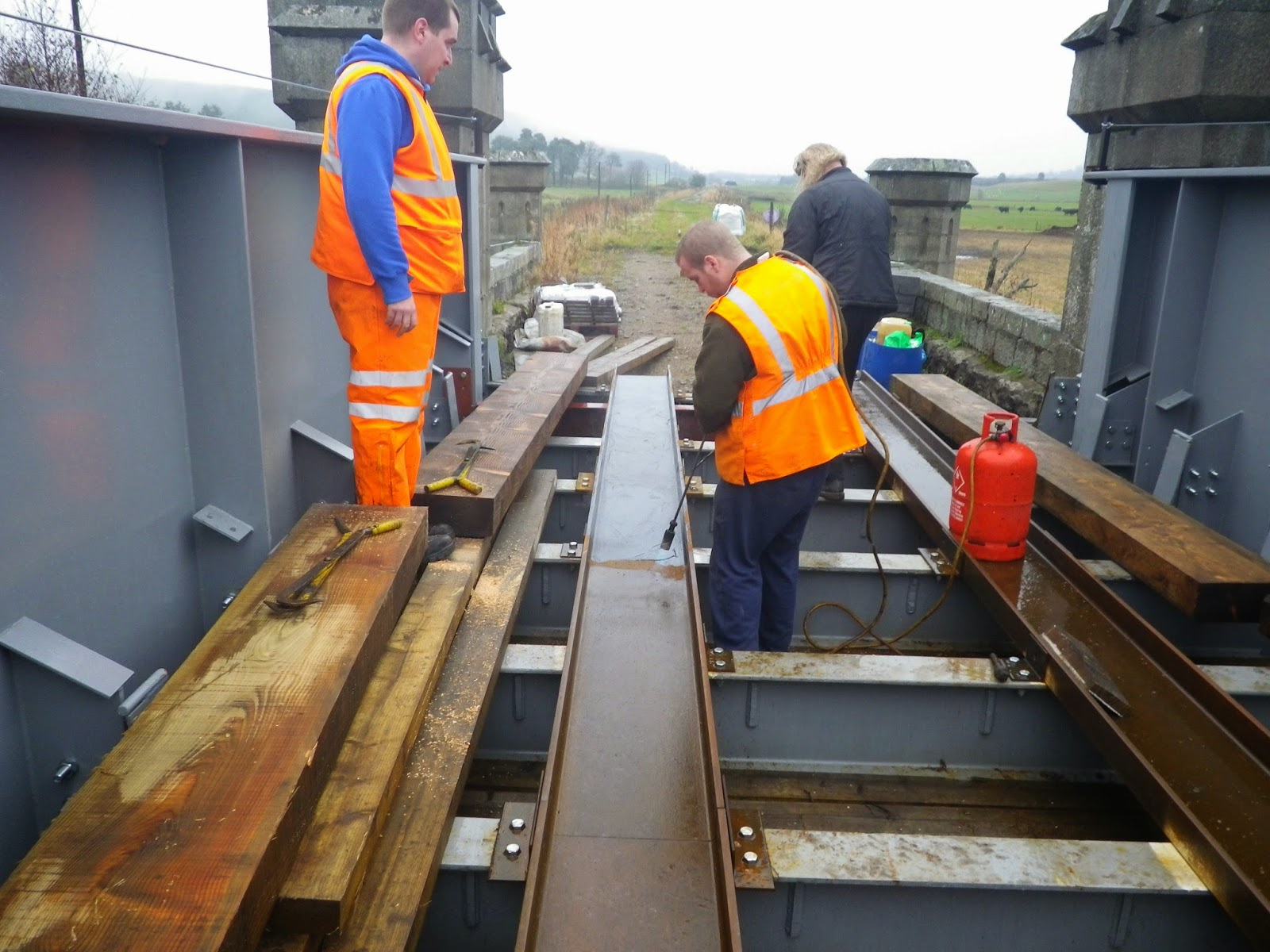 2 down a good number to go. 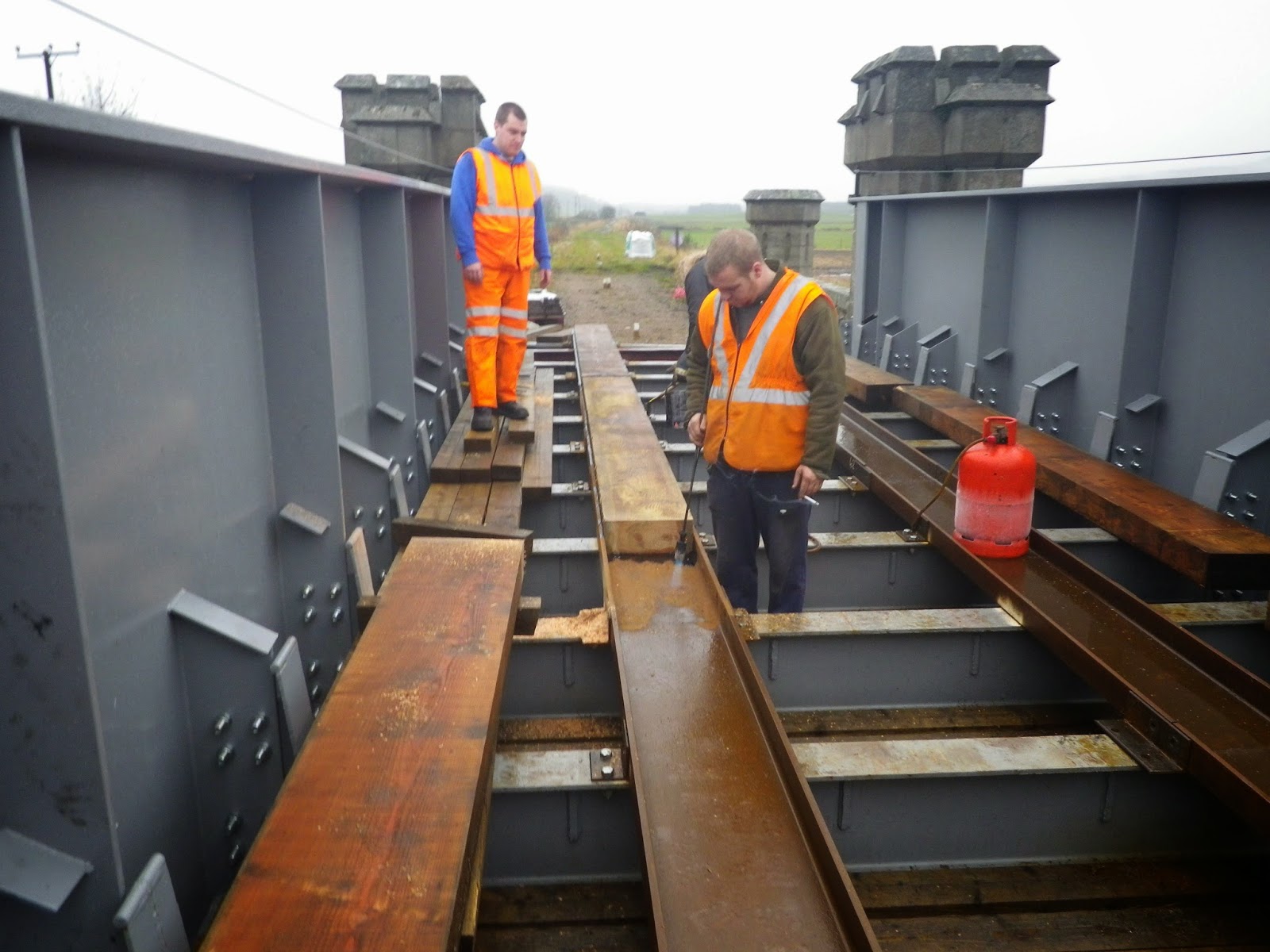 Who knows by the end of next PWay weekend, we may see the rails in position.....

Saturday saw a long length of Measured Shovel Packing, 240 feet close to mile post 89, below is the Pway train ready to leave Boat of Garten (fire lit in mess van) later ballast was dropped and tidied 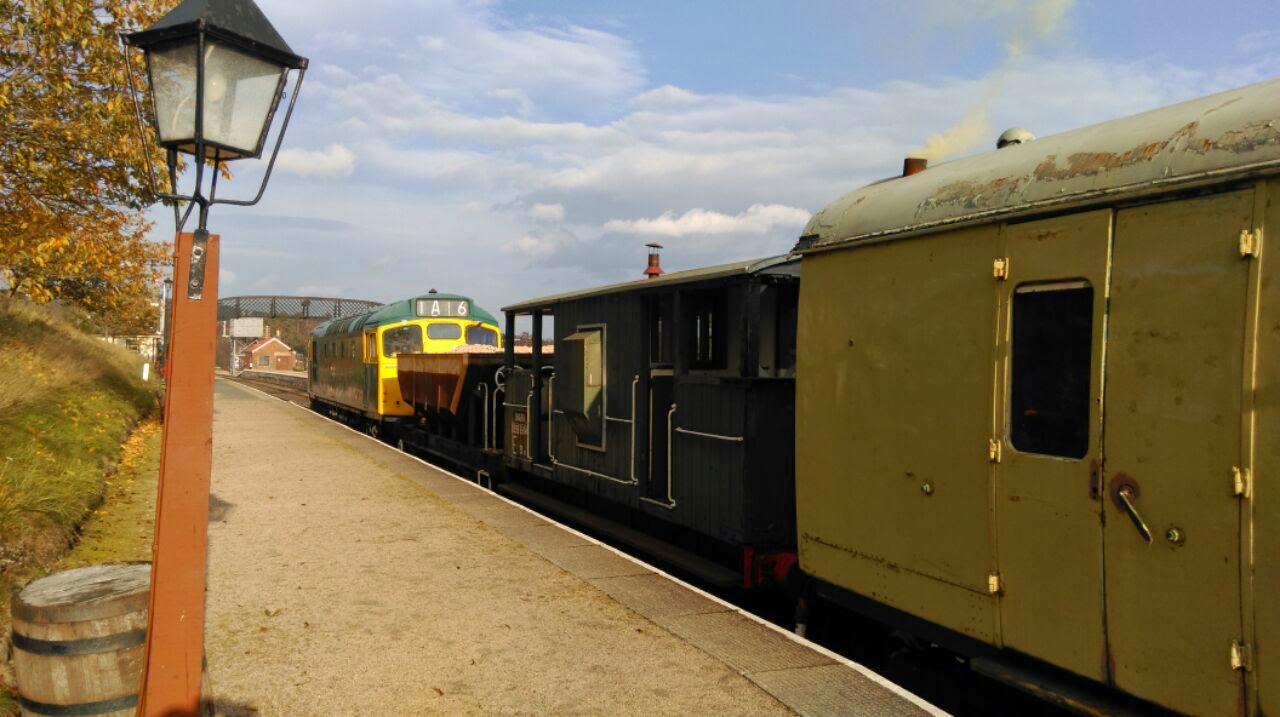 Above is a likely long term lineside feature, it is a length of rail that is in secure level storage in roughly the right place until it is required, possibly when the Rail Welders come back. 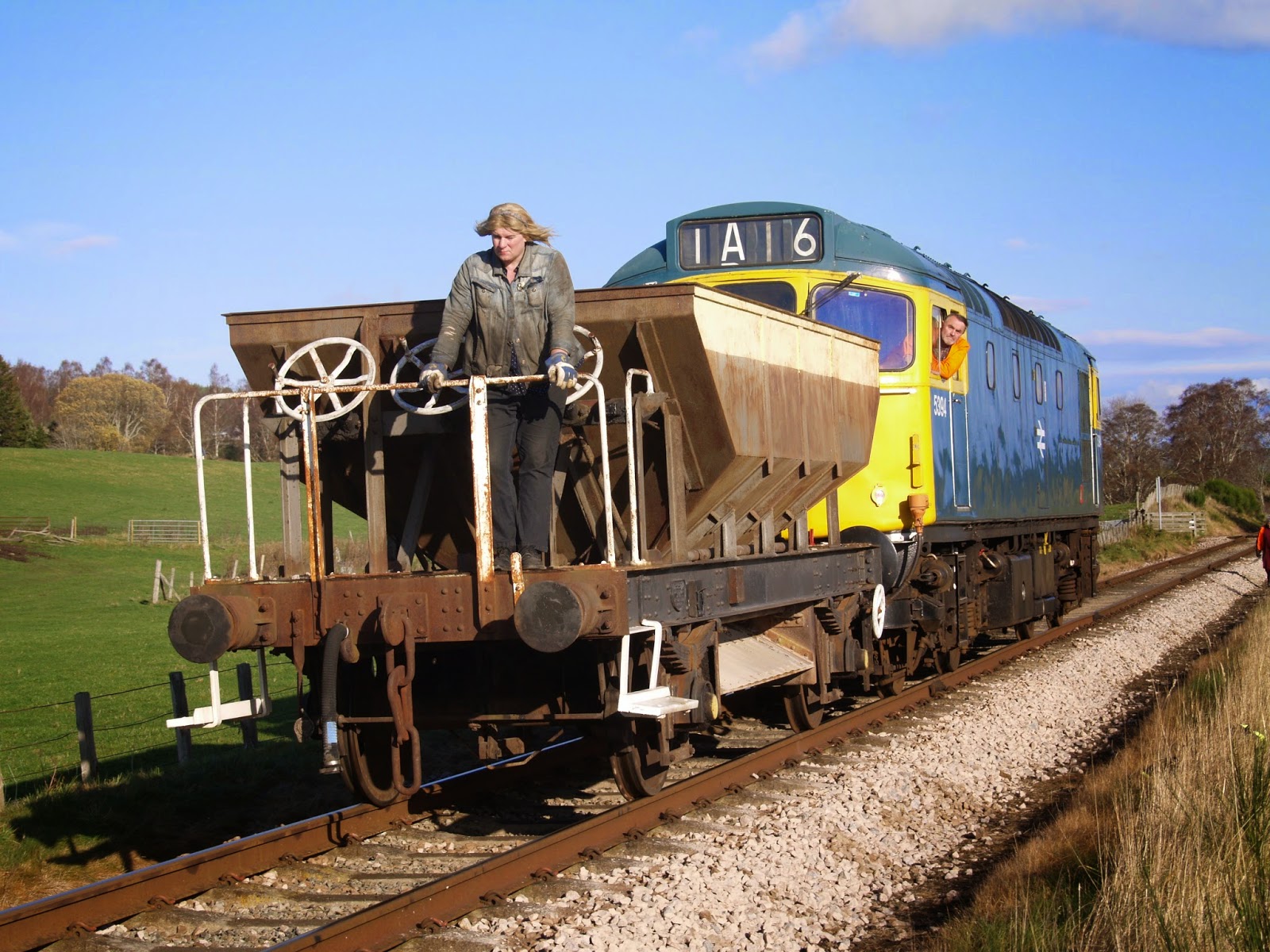 On the Sunday another hopper full of ballast was carefully dropped on the Drumuillie straight, unfortunately the Sun was on the wrong side of the photo, for an action shot!
A good sized squad tidied the ballast and the day was finished off with MSP at a number of joints close to Lynchurn Number 1 Level Crossing as below. (Muscle Man was driven from Broomhill to Boat for future use) 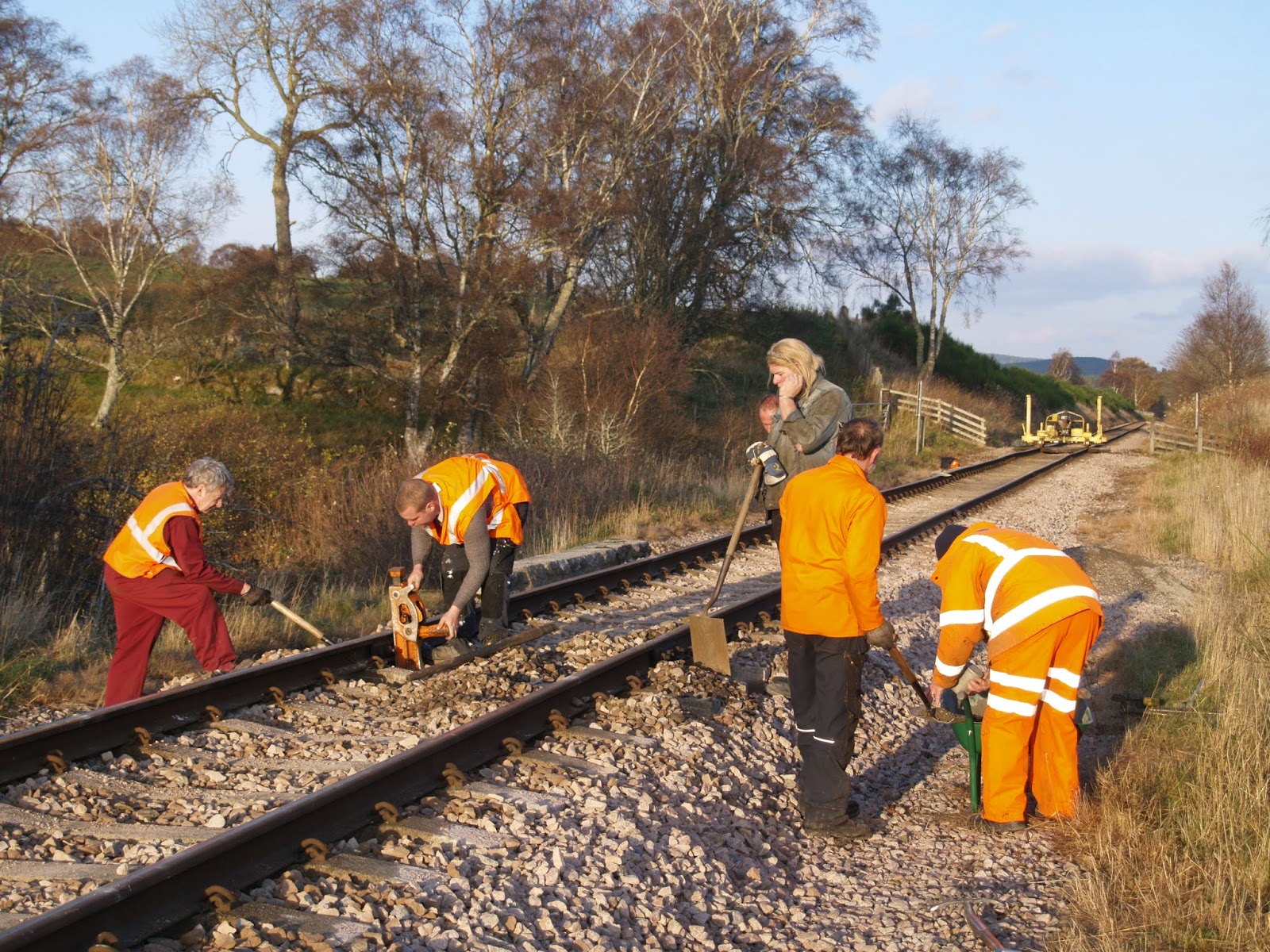 We were blessed with good weather the whole weekend, long may it continue....