Spot the difference -
Both taken from inside Boat of Garten North Signal Cabin a few days apart (using a zoom lens) unfortunately no sun on Wednesday though. 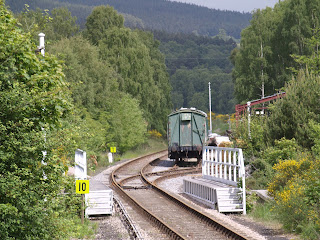 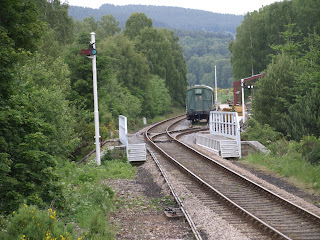 Mike and Georgie met Boss of Nethy Steel Ltd, who hope to recommence the construction of the shed imminently. Later myself and Mike managed to cut back the vegetation that would soon obscure the back of the exit signal from the seemingly officially named
"Permanent Way Depot" - aka "Morley's".
After Lunch it had dried up sufficiently for Mike to continue the never ending weedkilling, hand spraying around the South yards and myself to tackle more bushes and trees (with a bushman's saw). Hopefully will be able to see the new Down Starter Signal, once the arm is attached and I attempted to increase sighting of the Up Home Signals, Oh and Georgie has now removed the 10 mph Temporary Speed Restriction! 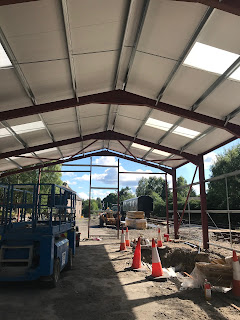 ﻿
True to their word Nethy Steel got the roof cladding on by close of play on Friday, thanks to Robert Walters for the photo.
--------------------------------------
Saturday was a long time in coming for many of us - hence the great turnout - sensibly socially distanced over plenty of worksites. On arrival Ian was cutting the grass again on approach road to the rendezvous point - Boat of Garten Station Car Park. 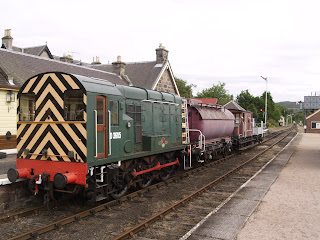 The Weed Killing Train poised ready to go for the 3rd attempt at getting to the River Dulnain! 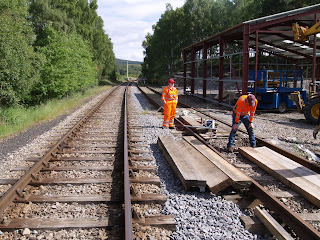 John looking for divine intervention at the prospect of turning a load of mis-sized planks of wood into a Road/Rail Vehicle Access Point (RRVAP) firstly finishing off the down shoulder of Siding, Lauren casually looks on, awaiting instructions. 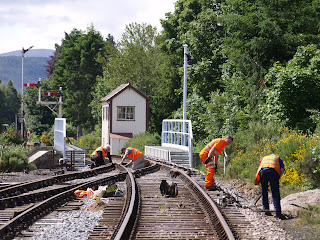 Andrew (with the Boris hair do) shows Kevin (newbie) the ropes on fishplate oiling all the new joints. Rob Law (S&T Dept) encouraging Angus (seconded/conscripted for the day) to dig faster!
﻿ 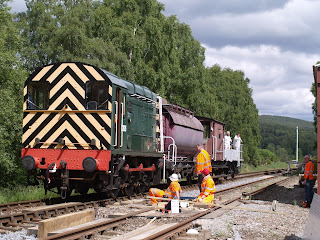 Dave Green gingerly takes the train past the RRVAP worksite, 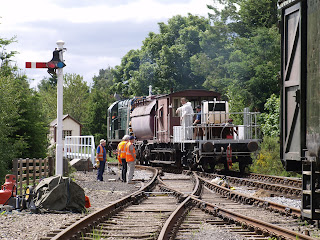 and accelerates away - apparently Mike, Ian and John Sinclair only had 2 or was it 3 calamities to contend with whilst spraying, 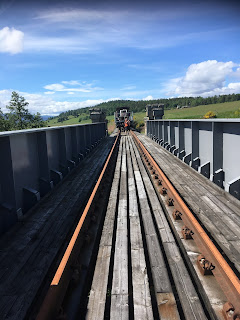 Mike subsequently sent this photo to prove they made it! (or for us to admire his bridge) 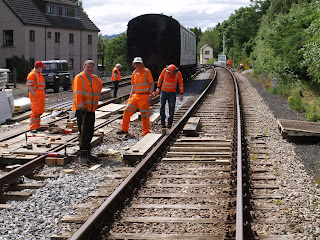 With the Siding complete, more packing wood was required for the wooden sleepers on the Mainline, Graeme having just packed some ballast under the first timber. 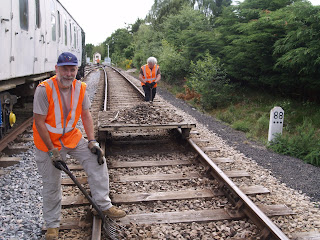 Having been fishplate oiling in the morning, Kevin still has cream trousers and even more amazing is he is still smiling after helping Georgie, Andrew and myself scavenge small amounts of excess ballast, in the mid Summer heat, for packing under the new RRVAP.
Thanks to all mentioned (hope I haven't missed anyone?) Roger paid us a very brief visit and still cannot believe the progress Georgie has made.
Posted by Neil at 21:49 1 comment: 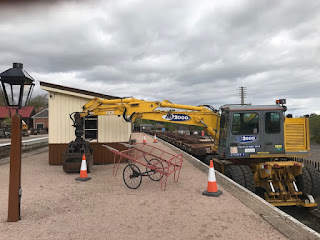 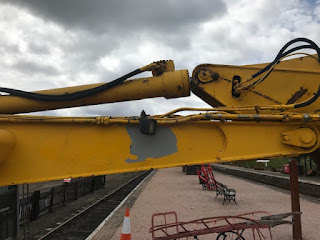 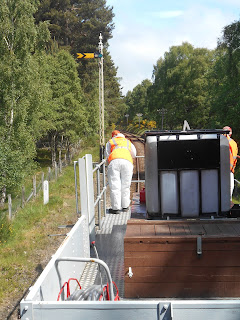 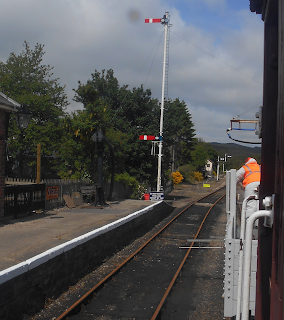 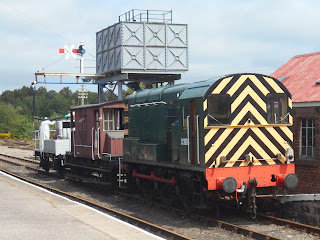 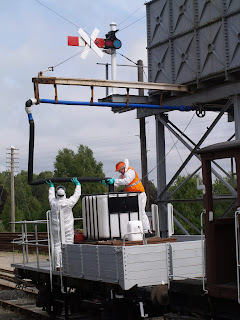 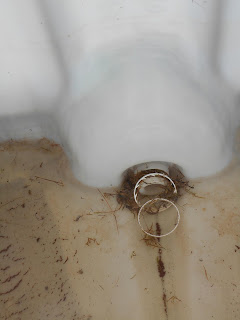 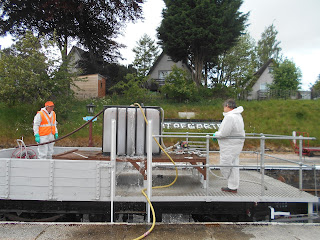