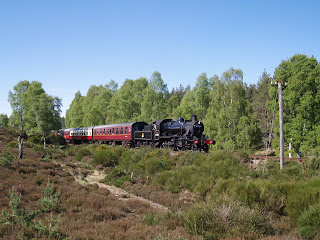 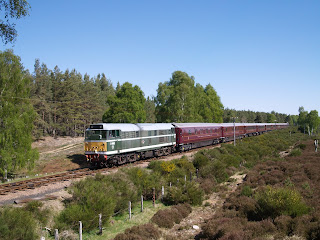 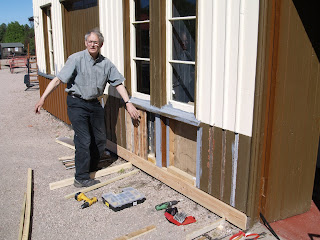 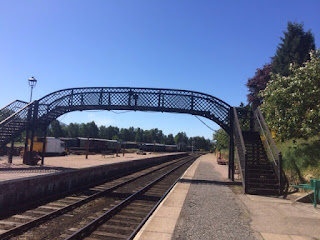 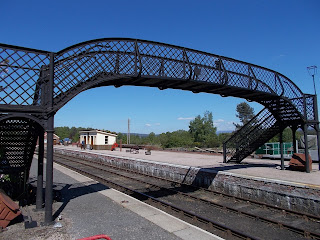 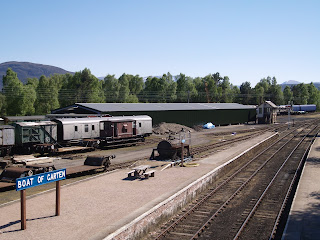 Finally, a shot from the footbridge showing the sleek, unobtrusive, low profile....            WEEDS!
Less permanent evidence Mike Tough has been busy again!
﻿
﻿
Posted by Neil at 10:15 No comments:

On Saturday 4th of May a good squad of Ian, Mike, John, Bruce, Roger & Fergus all made their way to the "Summit" worksite by car, Iain arrived by the eco-friendly way, on his bike.
﻿ 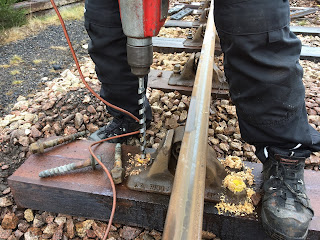 Fortunately John the Railway's Fitter had managed to cobble together a parts bin drill, as our one had failed in service last PWay Weekend, although it was slow going drilling as the sleepers are hard and knotted, blunting the bits rather too quickly. John Wood's battery drill also assisted in drilling some  the 430 holes! (using all his 4 batteries in the process)
Despite the weather being awful: squally showers of hail sleet and rain, at least abating the recent high fire risk. Excellent progress was made, Mike and Bruce managed to change 6 of the 12 remaining double sleepers, which will need drilled and screwed and then only the entire length needs all the ballast neatly boxed in! (with future tamping with our Jacker Packer planned)
Thanks to all that attended and John Wood for photo and video clip (edited by Graham Sutherland) and more info from Mike. 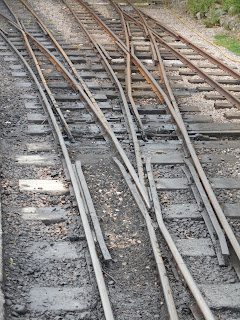 Meanwhile I was with R.MacPhee and R.Anderson on a short Heritage Railway break at the other end of the country admiring the 15" track gauge of the Romney, Hythe and Dymchurch Railway, complex but much lighter work to change sleepers here! 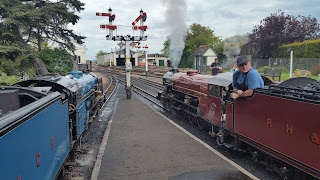 "Hurricane" left and "Hercules" ready for the right away, both built by Davey Paxman & Co in 1927, seen here at New Romney, was the final day of our pleasant jaunt South.