Today's task was to rectify a bit of a safety concern, some of the wooden decking boards on the Turntable at Aviemore had become life expired sometime ago and had been removed as below 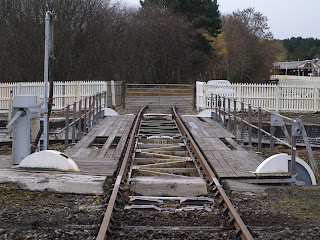 which at least made the danger obvious. As it was not a main PWay Weekend few brave (daft) souls turned up to endure the forecasted stormy weather - John and Roger set to removing some more suspect rotten wood, whilst Ian and me loaded up the flatrol with more than enough planks 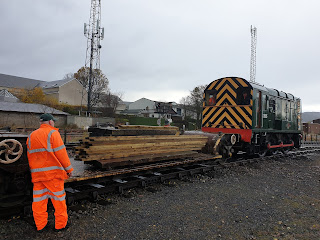 which Keith Holyland kindly propelled up to the worksite for us, using the class 08 shunter. 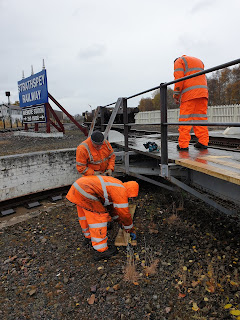 Progress was swift using an array of John and Ian's modern tools and yes the weather was horrible! Octogenarian Roger measures up, Ian ready with saw and John on deck - Lunch was had soon after and on resumption the sun appeared. 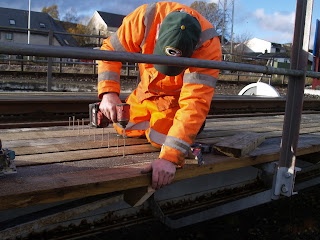 A sensible improvement was made - by inserting off cuts at right angles roughly in the middle of the spans, to stiffen up the noticeable flexing of the wood - hopefully the more rotund Traincrew will now feel a bit safer! 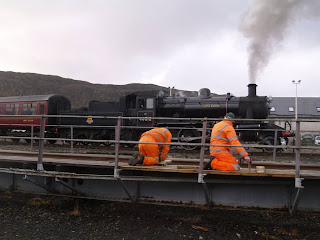 46512 passes the worksite, tomorrow is its last day in traffic prior to overhaul, speaking of which looks like we will need to get Andrew McCracken back on the case to repaint the turntable again! - rust beginning to show, no doubt he will say his warranty has expired! 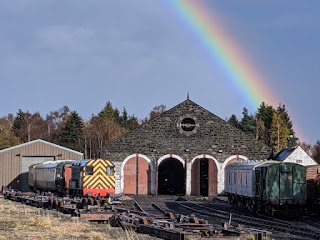 Thanks to all involved and let's hope its landing on the Engine Shed Office is a good omen for the future. Photo by John Wood. 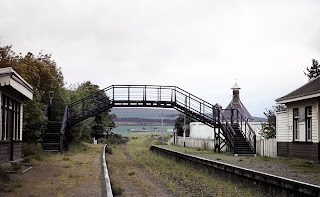 It linked the island platform at our old Speyside Station from about 1978 until 1998, when we moved into the current refurbished mainline station. 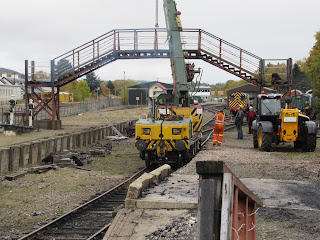 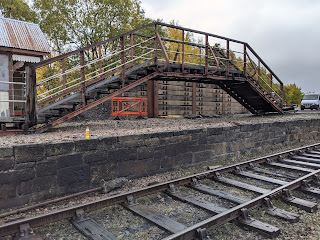 Mike reports it was lifted in three sections, largest above, a suitable new home is being looked at but unlikely on the Strathspey Railway.

On Saturday PWay squad commenced digging out of the sleepers (130 in total) that Georgie had justifiably marked, if below is anything to go by! 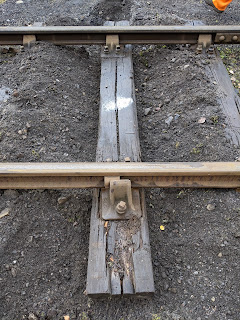 Between the turntable and the headshunt at the other end of the yard. 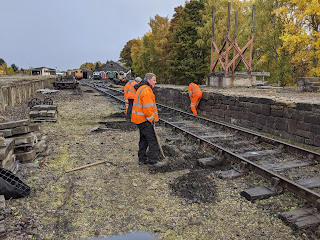 I can see Graeme is having fun! 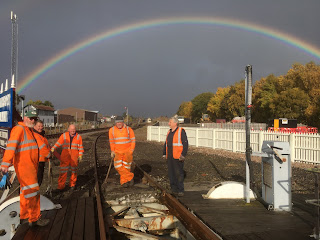 Helped by John,(Graeme smiling again), Angus, Ian, Andrew and Mike took the photo under the hopeful rainbow from the turntable. 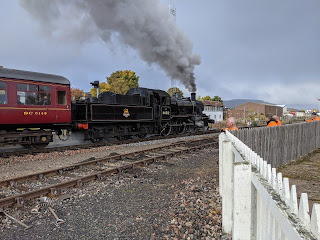 Despite the usual passing traffic giving the guys a break, a very creditable 68 sleepers were dug out.
And some more unusual yard movements were more than welcome!
More running can be seen of this locomotive in the Whisky Shunters link.
Thanks to all for the backbreaking work and John for most of photos and video clip.
Posted by Neil at 16:15 No comments: 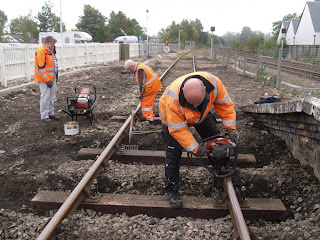 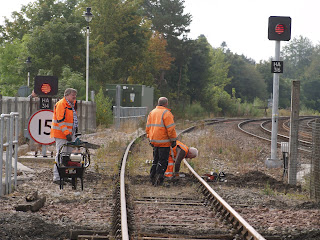 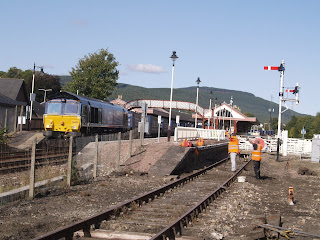 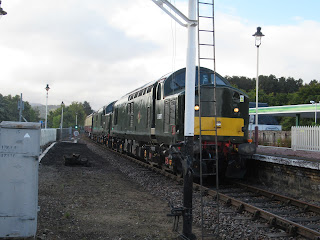 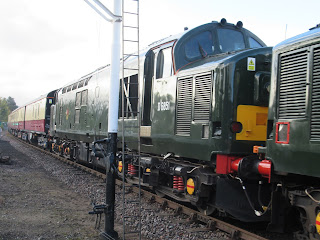