Largest turnout of P'Way Volunteers in a longtime. 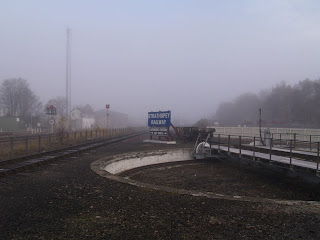 Initially rather cool with a freezing fog, which made walking across the turntable too slippery, the 20 sleepers and two level crossing timbers were on the stabled "flatrol" wagon above, fortunately Keith was shunting carriages anyway, he and driver Steve used the class 08 shunter, to let us unload the sleepers in roughly the right places and convey the timbers to Spey Lodge Level Crossing (below) 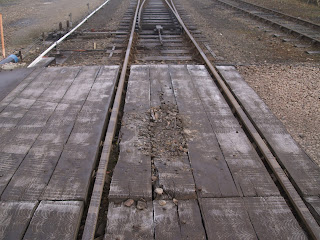 where road traffic was taking its toll, at about this point we split into two more than socially distanced Gangs! 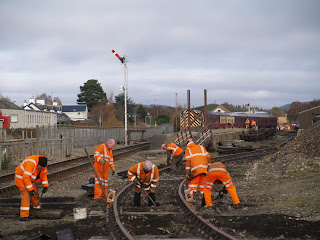 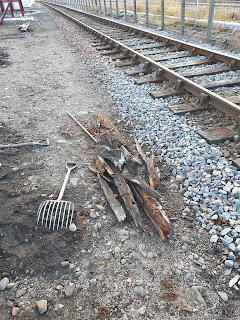 After a rather slow start, by lunch we had pulled out the old "sleepers" (above) we certainly get our money's worth! And placed in the correct way up, the "new" second hand ones. 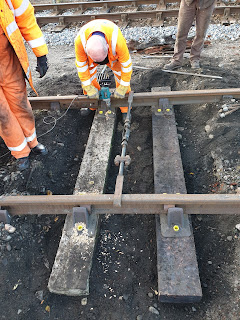 Here the gauge was too wide even for our liking and a tie-bar was the solution, with Angus doing the business. 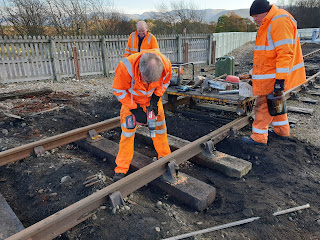 Next stage, Martin screwing down, using thanks to John Wood, the modern (light and powerful) equivalent version of a petrol "Bance", after Jim had dipped screws in creosote. In total 18 were screwed down, as we ran out of the plastic ferrules. 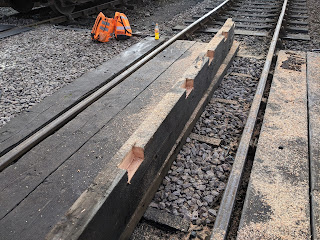 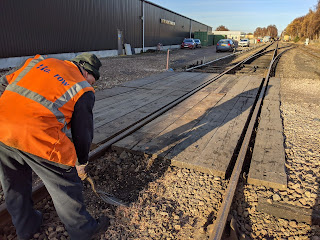 Many thanks to all mentioned, we are likely to be re-sleepering for many weeks to come......