On Saturday a good sized squad met up at Aviemore to finish the previously frost postponed re-sleepering of the necessarily emptied Headshunt. 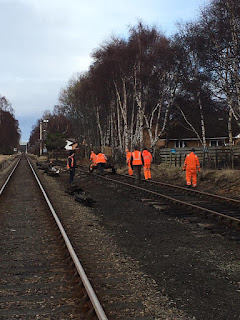 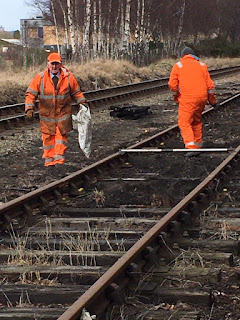 Slightly older hand Roger, was welcomed back after vaccine number two, who I am glad to see was on light duties and the back of a much younger potential new recruit - Justin, who was a big help with the impact wrench, removing and screwing down chair screws 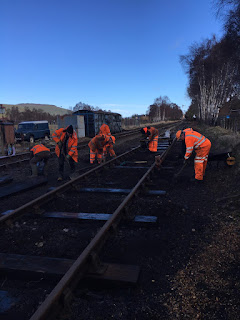 In total 27 sleepers dug out, changed, packed and mostly backfilled as the light faded.

Thanks to Andrew, Angus, Fergus, Kevin, Martin, Justin, Roger and Mike who took the photos and provided all the information.

Defects having been picked up during track inspections on the soffit of Tullochgorum Overbridge and knowing that an ORR Bridge Engineer may visit during 2021, repairs were authorised.
A stone mason over a period of ten days cut out loose mortar and bricks in the jack arches between the four 1866 Falcon Foundary (Inverness) cast iron beams. 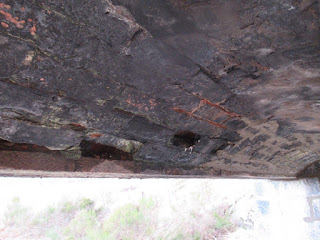 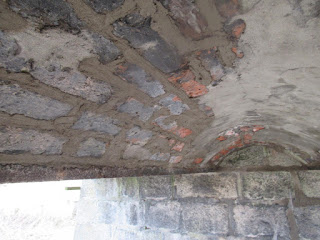 After All gaps are tightly repointed 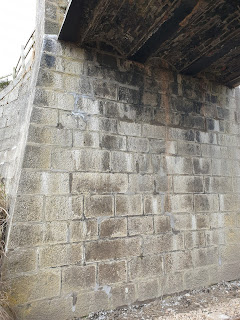 along with some open joints in the abutment & wing walls.
Remedial work at other locations is anticipated - watch this space.
Again thanks to Mike for photos and text.