B team started fishplate oiling heading North until the Nethy Road under bridge when Georgie arrives with sighting boards & measured shovel packing gear to sort some dips in new point work into Pway depot .. I thought Sam & Bart needed that pleasure & we split up again 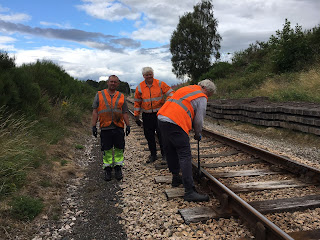 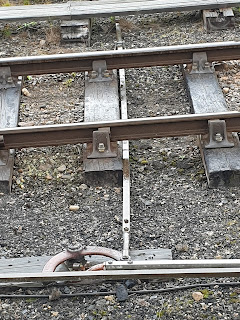 was to stop the S&T point rodding wearing away our sleeper! - dug out bed so that sleeper could be relocated one inch further South. Angus sourced wood planks and nailed to keep the assets apart in future. The next job was to replace two mysteriously damaged sleeper chairs by Spey Lodge level crossing, by the time complete, Georgie had organised the timbers for the main task of the day - 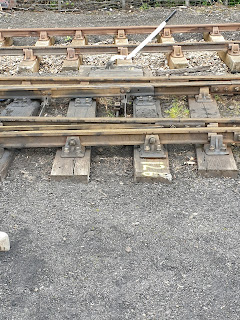 replacing life expired switch timbers and opportunity was taken to move the switch lever, for operational safety reasons away from the recently laid track, 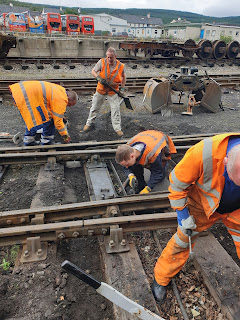 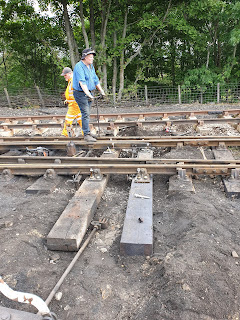 after much huffing and puffing right 12 foot 6 inch timber was replaced and the left "good" one was pulled through, gauged drilled and screwed down.
. 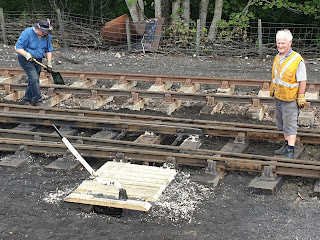 Timbers packed and boxed in, new wood was cut to size by John and his many battery tools and Bart got a lesson in how to hammer in nails!
Thanks to Kevin, Michael, Bart, Angus, Mike & Ian and John who completed the foot crossing below 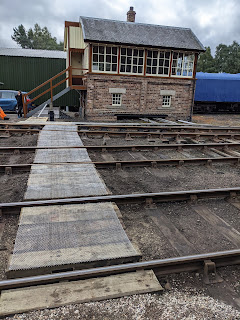 using all three bags of staples attaching the anti-slip mesh.
Posted by Neil at 10:16