Plan B swung into operation after yesterdays white stuff, rendezvous was changed to Boat of Garten Station. 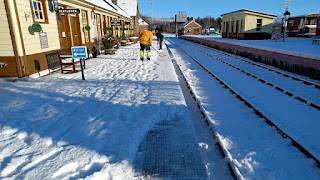 Where the Station Master was grateful of our shovelling skills, in clearing a short section of platform as only a short train was running 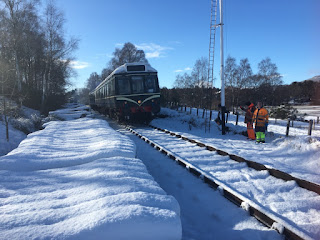 .Some lineside clearance was carried out at the behest of the organisers of a forthcoming photo charter.
Once Georgie had cleared the points of snow at Aviemore to release the Diesel Multiple Unit (DMU) from the shed onto the mainline, she joined the squad at the next worksite, just off shot from above clip and mentioned/photo in previous blog - 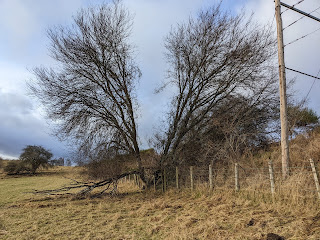 the split wind damaged tree near Milton No 2 level crossing 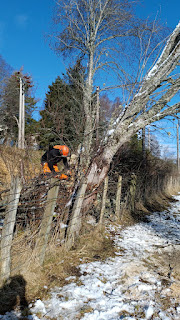 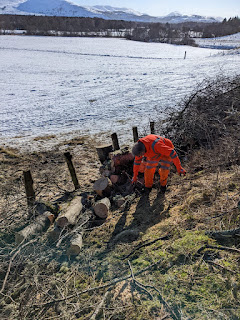 and looks as if Fergus' fence was unscathed too! The brash was laid down and Martin first in there for some firewood!
Thanks to Georgie, Mike, Michael, Martin and John & Ian for Info/photos, on what turned out to be a cool gloriously sunny day.
Posted by Neil at 16:34