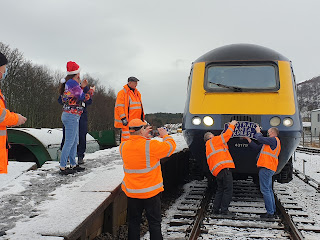 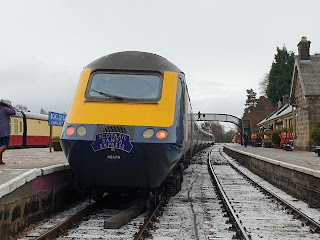 and terminated at Boat of Garten Up platform. Fortuitously there was a large P'Way squad to clear snow/salt platforms and similar at Broomhill as our steam Festive service was also running. As our intended worksite was somewhat occupied, another tranche of sleepers were pre-drilled in the yard, close to the warmth of the messvan! 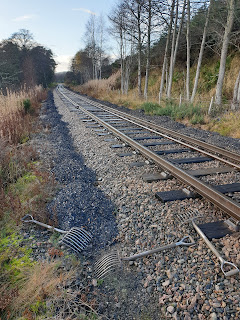 A mid-week day saw a small squad, level off the recently dropped ash to form a cess near Broomhill, above the before photo, too dark by time we finished, likely to be at this site again soon enough. 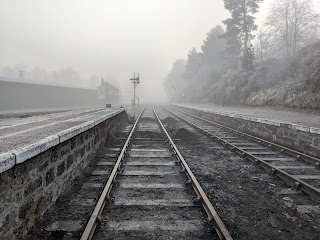 I think last weekend a lot of digging out of sleeper beds was achieved as well as slewing, and yesterday in cool damp conditions the Up platform line was re-sleepered. 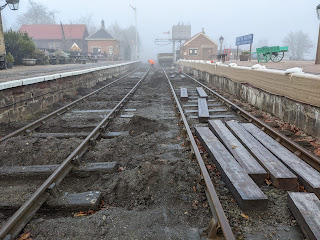 Leaving approximately only ten on the Down line to change, as can be seen the stonemason continues to improve the platforms, weather permitting. We welcomed a new member of the gang that Kevin conscripted - Iain.
Thanks to all that attended during the Month too numerous to mention and wish everyone a Merry and Safe Christmas.
Posted by Neil at 14:27